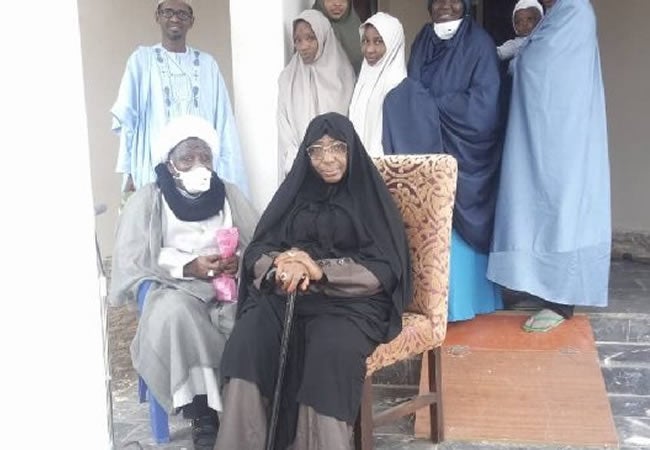 The leadership of the proscribed Islamic Movement in Nigeria (IMN),  has vowed to embark on another procession tomorrow (Tuesday) marking Ashura despite IGP’s restrictions.

This is  coming as the IMN leader, Sheikh Ibraheem El-Zakzaky and his wife, Zeenat, may travel abroad soon for medical treatment.

IMN spokesman Ibrahim Musa told journalists that Sheikh El-Zakzaky and his wife may visit either Malaysia or Indonesia for medical attention.

He said: “I know he said that they are going to look at other countries – Malaysia and Indonesia. I do not know if they have reached an agreement on that.”

Musa said that Shi’ite members would embark on tomorrow’s Ashura procession in Abuja and other cities, despite Inspector-General (IG) Mohammed Adamu that the group remain banned from doing so.

The police had said that no group should hold protest or procession on major streets in the Federal Capital Territory (FCT), Abuja, except at the Unity Fountain.

But the IMN vowed that the government cannot stop its annual procession.

The group maintained that government does not have any constitutional and legal backing to stop any procession by the IMN.

On Friday, the IMN accused Saudi Arabia of colluding with the Federal Government to stop the Ashura procession.

Top member of the group insisted that the IMN, under the leadership of Sheikh Zakzaky, “is a mass movement of conscious people who abhor injustice and oppression.

“What right has the government to attack a peaceful procession? Constitutionally and legally government have no right to stop us. We should not be stopped by government from carrying out our religious activities.

“We are exercising our god-given right to mourn the massacre of Prophet’s grandson and also constitutionally we have the right to the procession on Tuesday (tomorrow).

“It is the government that should consider our procession right and not we informing or begging government over our right. This is not going to be the first we are doing Ashura procession. We have been doing it for years and it has been peaceful.”

Musa said that the United Nations (UN) has cautioned the government against clamping down on harmless protesters.

“I am assuring you that there is going to be Ashura procession in Abuja and major cities in the country. There is no need to inform the police about our procession because it is an annual event. And it is their duty to come and give us protection and not to come and attack us.”

Gov. Abdulrazaq reacts to kidnap of 6 Kwarans along Abuja-Kaduna road