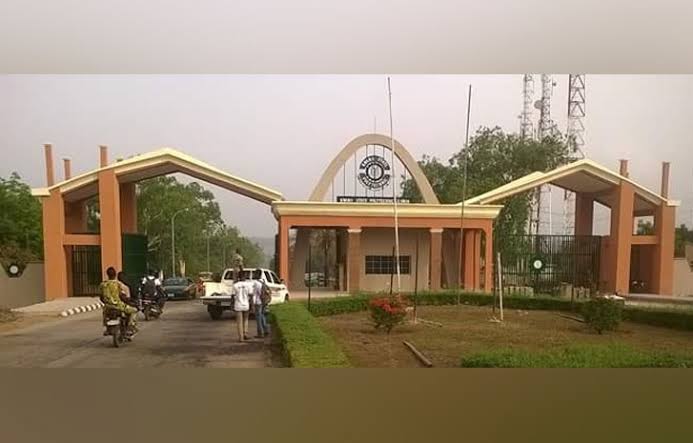 The new Rector of the Kwara State Polytechnic, Ilorin, Engr. Abdul Jimoh Muhammed, has raised alarm over the rate of encroachment of the institution’s vast land by some members of the public. He noted that the unpatriotic act is threatening the vision of expanding the Polytechnic in future.

The rector added that his administration will collaborate with the Federal Institute of Industrial Reasearch, Oshodi, the Korean Embassy, Chinese Cultural Centre as well as other international agencies to attract projects and opportunities to the institution.

Engr. Muhammad who spoke on Wednesday at the 26th convocation press conference of the Polytechnic disclosed that the aged-long monthly subventions for the Kwara State Polytechnic, Ilorin, will be restored by Governor, Abdulrahman Abdulrazaq.

ROYAL NEWS reports that the immediate past administration in the state under the leadership of Former Governor Abdulfatah Ahmed, stopped the monthly subvention about five years ago, which subjected the institution to financial hardship.

He noted that despite the problem of funding, “financial prudency of the meagre resources was adopted in order to allow for the promotion payment of salaries and other recurrent expenditures.”

Engr. Muhammed further lamented that most of the buildings in the polytechnic are very old stressing that renovation usually take place from time to time but lack of adequate fund makes it difficult to carry out comprehensive renovation of all the obsolete structures at once.

He however expressed the readiness of the institution to revisit the entrepreneurial activities stressing that the Kwara State University,  Malete model as well as other tertiary institutions have been critical studied for adoption.

The rector also added that his administration will take the institution to a global realm for further exposure through collaborations with relevant agencies and institutions, saying: “I want to see a Kwara Polytechnic of international standard very soon.”