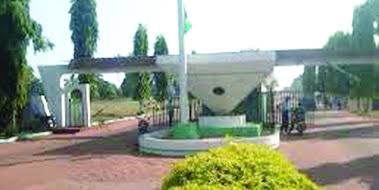 About 13 students of the Kogi State University, Ayingba, have been murdered by unidentified assailants suspected to be members of a secret cults.

It gathered that the were reprisals carried out by one of the cults whose leader, a student of Kogi State Polytechnic, Lokoja, was murdered by another cult linked to the university.

According to an eye witness account, the KSU  killings started last Friday when nine students, including a 200 level female student and her boyfriend,  were hacked down on the campus and at different points within the host community.

Some of the victims were allegedly attacked on Stadium Road and Our Lady Fatima’s Lodge. They were brutally murdered and their body dismembered by their assailants.

Injured students were rushed to a nearby hospital for treatment, just as many others fled the town for fear of being killed.

Investigation shows that while most of the students are currently in panic mode as a result of the killings, the university authorities appear to be unconcerned and moved by the development.

When contacted, the Public Relations Officer of the university, Joseph Edegbo, refused to comment on the issue, which he described as ‘very sensitive.’ However, he promised to get back to our correspondent.

Members of the public, who spoke to our correspondent, condemned the dastardly act and demanded an immediate investigation of the killings, as well as the arrest and prosecution of the killers.

The Commissioner of Police in Kogi State, Hakeem Busari, confirmed the incident, saying that only three students were killed in the attacks.

Busari added that no arrest had been made, but that crack detectives had been drafted into the school to make arrests and  to put an end to the killings.