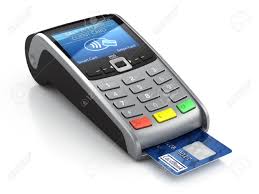 The additional N50 charge currently being imposed on transactions conducted through Point of Sales Terminal has been halted by the Federal Competition and Consumer Protection Commission.

The FCCPC issued the directive in a statement personally signed on Tuesday by its Chief Executive Officer, Mr Babatunde Itukera and made available to journalists in Abuja.

In recent times, there has been significant contention with respect to merchant imposed N50 stamp duty on consumers for POS transactions.

This imposed fee, which is said to have emanated from the Central Bank of Nigeria is meant to be for consumers who select POS options to conclude their purchases or transactions.

Irukera in the statement described the charge as counterproductive as it negates the effort of the apex bank to promote a cashless economy.

He said the merchants’ response of imposing this assessment on consumers was not only inconsistent with the cashless policy, but also counterproductive and burdensome to consumers.

Why Kwara now has Ministry of Enterprise— Gov. Abdulrazaq