Manchester City recorded their first loss of the season to Norwich on Saturday leaving them five points behind Liverpool, the Canaries shocked the defending champions as they won 3-2 at Carrow Road. The Manchester City manager, Pep Guardiola said after the match that it’s too early in the season to take the loss as a discouragement to drop out of the title race this season.

The premier league champions committed a number of defensive errors leading to their defeat, Kenny Mclean was able to score a header unmarked from a corner kick in the eighteenth minute  followed by Todd Cantwell doubling the lead.

The Manchester City forward Sergio Aguero was able to score one back for the visiting team before the half time but the Norwich’s highest goal scorer this season, Teemu Pukki added one more for the Canaries after Nicolas Otamendi lost possession to Emi Buendia in the Manchester City box.

The Manchester City summer signing from Atletico Madrid Rodri, scored a late consolation while Norwich hung on to a one goal lead as they win the match, leaving the current premier league champions five points behind Liverpool. 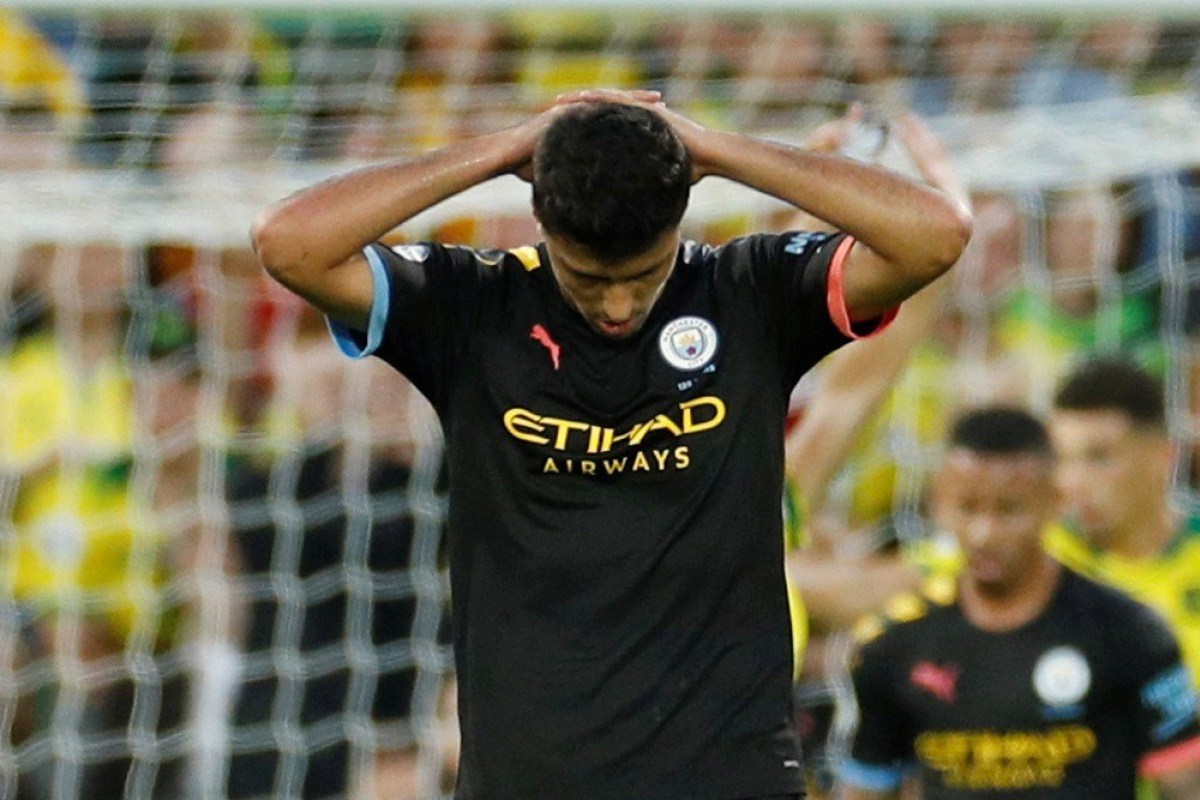 Rodri said according to Sky sports “I think we lost this game because of us,” the Spain midfielder told City’s website.

“I think they don’t do many things to win this game. Of course, congratulations to Norwich, they play really good football, but today we gave them chances. That’s something we have to look at ourselves and solve our mistakes. It’s not normal. The three goals are mistakes. The team is working, we are down now but we have to wake up because we have matches every three days.”