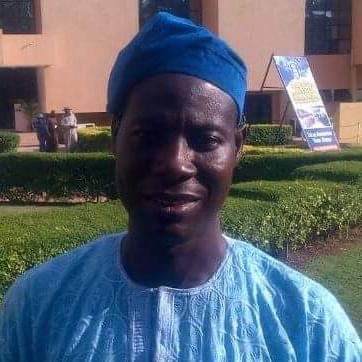 A frontline media practitioner and acting Station Manager of the Unilorin 89.3 FM, the official radio station of the University, Mr.Ibrahim Akintola Idris,(Alooma) has emerged the Winner of a National contest on “Radio Content Development”.

ROYAL NEWS gathered that the contest was organised by the United Nations Educational, Scientific and Cultural Organisation (UNESCO).

The National Professional Officer (Communication & Information Sector) of UNESCO’s Regional Office in Abuja, Mr. Macaulay Olushola, in a letter dated October 30,2019 that the Unilorin FM boss came first in the 2nd category of the professional contest, which was organised for participants of a training session organised by UNESCO at Minna, Niger State, earlier in the year. READ ALSO:Border closure extension: Galvanised roofing sheets smuggled through seaports, group tells Buhari

He however commended the Unilorin Radio Manager, who is also an Assistant Director in the Directorate of Corporate Affairs of the University of Ilorin, for being a thorough-bred professional who put into practice what he learnt in the course of the training.

It added that Mr. Ibrahim would be presented with the prize of a Laptop during a programme marking the International Day to End Impunities for Crimes against Journalists slated for November 7,2019 in Abuja. READ ALSO:Impeach governors who can’t pay N30,000 minimum wage–NLC

In his reaction, Mr. Ibrahim thanked the Vice-Chancellor, Prof. Sulyman Age Abdulkareem, and the Registrar, Dr. Fola M. Olowoleni, for the opportunity given him to work and excel.

Elewikilokilo as popularly called by his admirers noted that the series of training and the privileges he has been given to run the station in the last one year have added a lot of value to his technical wherewithal, which has now been recognised at the national level through his victory at the UNESCO competition.