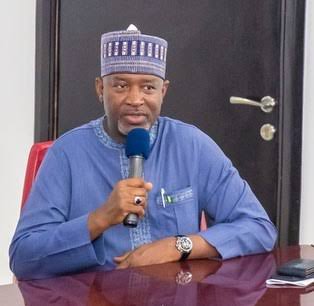 The Federal Government has reiterated that the establishment of the National Carrier, Maintenance, Repair and Overhaul (MRO) facilities and implementation of other components of the Aviation Roadmap remains top priorities of the federal government.

The Minister of Aviation, Senator Hadi Sirika, gave the assurance at a meeting with members of the Joint Aviation Unions Forum, an umbrella body of all unions in the aviation sector, in his office, in Abuja on Friday and commended the unions and staff for welcoming him warmly back into office on his reappointment declaring that he can only deliver to their expectation in an environment of industrial harmony.

According to him, the establishment of the national carrier will further position Nigeria to compete with other nations in line with the Single African Air Transport Market (SAATM) project and develop as a regional hub for air transportation, while the establishment of MROs will save the country a lot of foreign exchange that would otherwise be spent by airline operators sending their aircraft abroad for checks.

He promised to work with the unions in implementing the roadmap which he said would go a long way to advance the sector and position it to meet emerging challenges, while assuring them of continuous improvements to their welfare.

“I promise that there will be good understanding between us to drive the activities of our industry towards contributing more to national development. I will do everything reasonably possible to make the newly reestablished ministry live up to the expectations of all stakeholders in the sector”, he said. READ ALSO:Nigeria rates high in out-of-school children globally— Minister

“This task, I think, is for you as well; not for me alone. It is for all of us. We will continue to hold stakeholders’ meetings with the unions, staff, the management and players within the industry. We will be committed to better welfare while expecting your full cooperation towards the implementation of The Aviation Roadmap which was developed during our first tenure” Sirika said.

The Ministry, according to the Minister, will continue to lay emphasis on the safety and security of air travelers, and said the recent acquisition of a calibration aircraft for the country and the closure of the Akanu Ibiam International Airport, Enugu for rehabilitation were some of the steps being taken to guarantee the safety of the nation’s airspace.

Earlier, the Chairman of the Forum and National President of Air Transport Senior Staff Association of Nigeria (ATSSAN), Mr Ilitrus Ahmadu thanked President Muhammadu Buhari for ensuring continuity in the aviation sector by not only reappointing Hadi Sirika, but restoring the full-fledged status of the Ministry.

READ ALSO:BREAKING….Kwara Gov. finally reveals when he will appoint commissioners

He charged the Minister to pick up full throttle from where he stopped, especially in the implementation of the Aviation roadmap, one of which major aspects is the establishment of a national carrier.

According to him, the establishment of the airline will not only guarantee more employment for pilots, cabin crew, engineers and other aviation professionals, but also enhance the nation’s international image, being a major player in the aviation world.

The Union leader also enumerated other areas which required the Minister’s attention to include; Ensuring the appointment of qualified people into the boards of aviation agencies in line with their respective Acts, approval of new Conditions of Service for agencies that are yet to have theirs, better funding for capacity building and the revival of the annual Aviation Week.