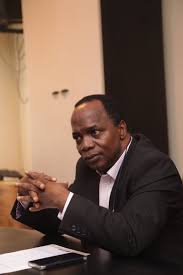 Aminat Isah, Abuja
The Committee of Chief Medical Directors (CCMDs) of Nigeria have called for urgent release of funds for the payment of outsourced services in federal tertiary hospitals in order to maintain and enhance security, cleaning, and other ancillary essential services in hospitals.
The Chairman CCMDs, Dr Jaf Momoh, stated this while speaking to journalists shortly after the 88th Regular and Annual General Meeting (AGM) of the group.
He noted that government should also create a budget line for the sustainability of the payments adding that, “CCMDs haven observed several lapses in the management of tertiary hospitals, is also urging the federal government to ensure full implementation of the residency training act of 2017 with the payment of the accrued arrears, review upward and also ensure the prompt release of overheads for the federal tertiary hospitals for proper accountability and smooth running of hospitals.”
He also said the process of seeking approvals for replacement of exited staff especially clinical staff, should be simplified and made expeditious so that services will not be disrupted.
According to him, “The committee observed the following during the meeting that , the non release of funds for the payment of our outsourced services to all the tertiary hospitals with increasing threat to security and possible disruption to the provision of services to our tertiary hospitals.
“We observed the efforts of federal government towards the implementation of the residency training act of 2017 and noted that no budgetary provision has been provided particularly for the implementation of this act in in 2019.”
Jaf who is also the Chief Medical Director of National Hospital Abuja, also called for a joint meeting between the ICPC and representatives of Chief Executives of Federal Tertiary Hospitals, Federal Ministry of Health, Federal Ministry of Finance, Budget Office of the Federation and office of the Accountant General of the Federation as a way of addressing the issue raised by the ICPC regarding the personnel budget of some of the country’s federal tertiary hospitals.
He further stressed that, “We observed the difficulty faced by tertiary hospital in obtaining approvals, wavers, and financial clearance for the recruitment of exited staffs particularly clinical staff with the exodus of staff retirement or exit at the end of their trainings, most teaching hospitals have not been able to obtain the necessary financial clearance from the budget office  to replace staff.”
Facebook Comments

When will Gov. Abdulrazaq present 2020 budget?